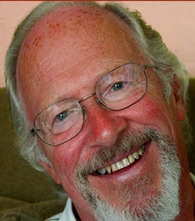 Paul Willax is an experienced, award-winning journalist who has “walked the walk” in businesses both large and small. His banking career began while in college when he was employed as a relief teller in a large commercial bank where his father had worked as a branch manager for fifty years. In his subsequent banking career, he rose through the ranks to become Chairman and Chief Executive Officer of the sixth-largest federal savings bank in the nation. In 1985, the bank was voted one of the twelve most innovative financial service companies in the world.

He is an experienced entrepreneur, business owner, corporate executive, and educator.  During the past four decades, Paul has produced seventeen books and thousands of articles, columns, and media presentations for business owners, managers, and money-minders around the world. As an award-winning newspaper and broadcast journalist, a Distinguished Professor of Entrepreneurship, a member of MENSA, and a radio and television personality, he has inspired and enabled countless individuals with his insight and advice.

He’s “gone for the gold” in everything he’s done….. advancing from bank teller to CEO… from owner of the 75-year old Kazoo Co. – a business with less than $1 million in sales –  to co-founder of a company that grew from scratch to over $40 billion in sales… from teaching assistant to Professor of Management… from student reporter to newspaper owner and award-winning, nationally-syndicated journalist… from ham radio operator to prize-winning broadcast reporter… from door-to-door salesman to top man in over two dozen successful corporations… from bookworm to author of acclaimed books… from Private to Major General in the military.

Dr. Willax has owned and operated successful businesses in a wide variety of industries beyond banking and financial services, including retail, automotive, publishing, broadcasting, computer technology, real estate, business brokerage, and audio and video production. He has been included on Forbes listing of “The Eight Hundred Most Powerful People in Corporate America.”